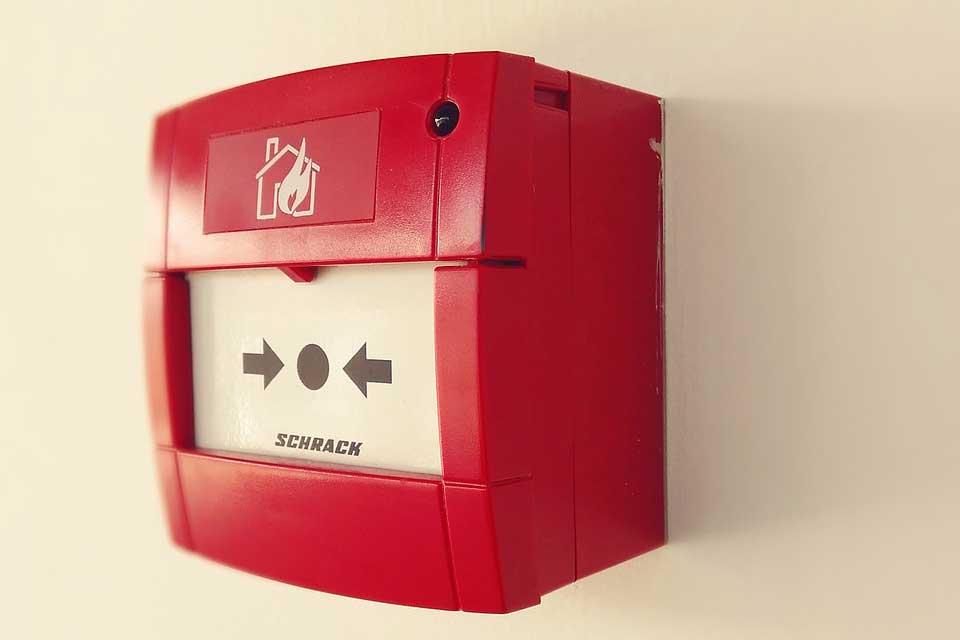 False alarms – Getting the level of alert right

Safety alerts elicit an urgent response with good reason; the cost of not responding in time is potentially astronomical.

Fire, for example, can destroy equipment and entire buildings and have catastrophic human cost. Businesses are naturally committed to keeping their staff, property and livelihoods safe, so install fire alarms and other critical alerts to ensure this. But this isn’t the only crucial risk for businesses; in working environments ranging from hotels, production plants and large offices, false alarms can be an expensive inconvenience.

Modern fire alarm systems, for example, will display an alert on the fire panel when a single smoke or heat detector is triggered. This can reduce the impact of false alarms by allowing an internal response team a short period of time, often 5 minutes, to investigate and cancel the alarm, if necessary. However, many organisations find it a challenge to notice the alarm and alert the internal response team to investigate within the designated time. Not only this, but false fire alarms can place an unnecessary burden on the fire service, with Fire Services charges for time wasting creating further cost and inconvenience for businesses.

In manufacturing, unplanned downtime from false alarms can have serious financial implications. In a sector where every minute or even every second counts, the time lost while equipment is switched off and staff evacuated could be very costly indeed. No manufacturer would want to stop production while their employees are forced to leave the premises, only to realise the alarm was triggered by a faulty smoke detector. While staff are being evacuated and equipment is switched off and rebooted, the financial clock is ticking. Ensuring that the level of response is appropriate should therefore be high on the priority list of any manufacturing organisations.

In the hospitality industry, false fire alarms could mean the mass evacuation of all guests staying in a hotel, many of which would be understandably upset about being forced to leave their rooms. Very few of us would trade places with the hotel manager who must explain to 500 disgruntled guests why they have been dragged from their hotel rooms at 3am in the morning. Imagine the business cost if these customers demanded compensation. Instead of evacuating the premises, a more appropriate reaction might be for internal response teams to use modern technology to pinpoint the source of the potential fire and investigate. Once the source has been identified and the level of risk has been assessed, then most appropriate response could be determined and the alarm raised only if necessary, saving management teams costly and unnecessary embarrassment.

The way in which alerts are distributed to teams can be another barrier to getting the level of response right. Paging equipment was historically used to push messages out to response teams; these days it’s typically smartphones. But while the technology has updated, the system has not. This kind of alert is often pushed out to a response team of ten with no mechanism in place to determine whether all ten investigate or no-one attends the scene. In industries where teams respond to multiple alerts, such as hospital wards, alarm fatigue can also come into play. Complacency can set in, leaving the potential for no-one to attend a critical alarm as they assume that a colleague will.

The lack of oversight on who is picking up the alarms and how long it takes to deal with things makes it tricky for those managing response teams to know if they are working effectively, how the team is working or whether it needs to expand. A system of alarm acknowledgement would be a more effective method. As well as providing a clear update on who has acknowledged the alert and who will be attending the scene, this would enable management teams to complete an audit trail for ongoing review and to monitor how effectively a team is responding to alarms.

The consequences of not responding appropriately to alarms could be incredibly costly for businesses; the trick is to ensure the appropriate level of response. An automatic alert can allow a business the time to make the internal investigations necessary to ascertain the appropriate level of response. The technology is available to enable businesses to adopt the right approach to alarm management. Isn’t it time all businesses woke up to better alarm management?

Image by deselect from Pixabay