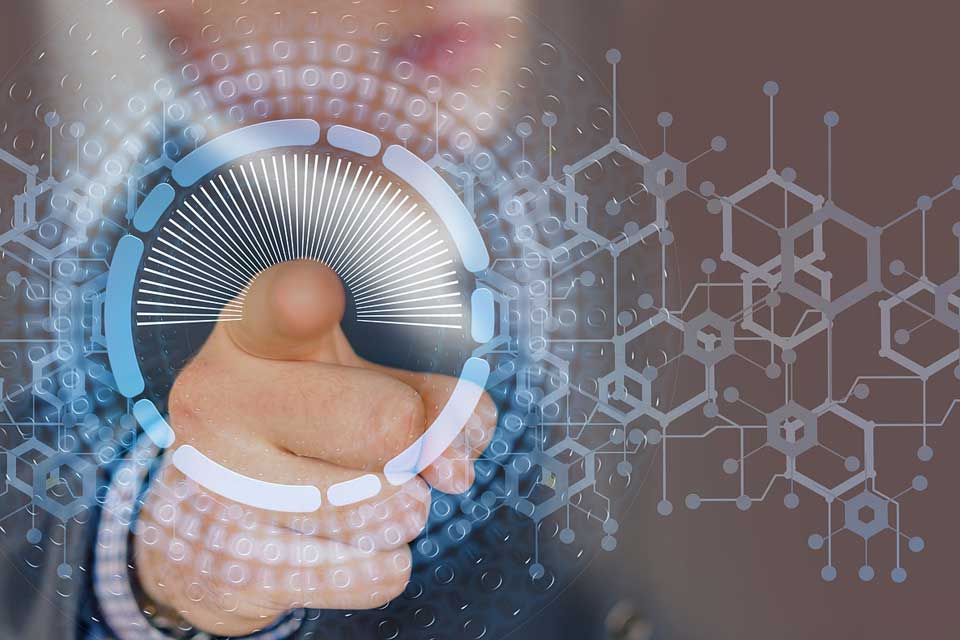 https://totalsecuritysummit.co.uk/wp-content/uploads/2019/06/Petition-Cyber-Security.jpg 960 640 Stuart O'Brien Stuart O'Brien https://secure.gravatar.com/avatar/9defd7b64b55280442ad2d7fb546a9db?s=96&d=mm&r=g 6th December 2021 18th January 2022
By: Stuart O'Brien
6th December 2021
The wave of cybercrime is plowing throughout America with the biggest damages in history. Atlas VPN extracted data from publicly available government sources and found that US citizens already lost $3.49 billion to cybercrime in the first three quarters of 2021.
You don’t need to bring out the calculator – the damages come out to $12.78 million per day.
Edward Garb, a cybersecurity researcher at Atlas VPN explains the main driving forces behind the surge in cybercrime damages: “Cybercriminals are using the buzz around cryptocurrencies, NFTs, and the metaverse to trick people into investing in bogus projects that disappear after raising a hefty sum of money.”

The data for the analysis is based on reports submitted through the official Federal Trade Commission websites –  IdentityTheft.gov and ReportFraud.ftc.gov. Citizens can get help by receiving personal identity theft recovery plans.

Regarding monetary damages – the FTC does not resolve the allegations, but it does disseminate the information to over 3,000 law enforcement agencies across the United States for further investigation.

The analysis reveals that cybercrime damages sky-rocketed by 82.91% in 2021 compared to last year. To be exact, people lost $1.58 billion more (yes, billion) this year than they did in the same period in 2020.

These losses are a result of 1.6 million unique fraud and identity theft reports submitted to the Federal Trade Commission websites mentioned previously.  This means that the FTC has to deal with around 5,869 complaints every single day.
Last year, the number of reports stood at 1.09 million after the first three quarters of the year, which is around a third less than in 2021. Back then, they had to go through 3,981 complaints daily.
To better understand the current cybercrime landscape, Atlas VPN analyzed which crimes caused the most trouble.
It already noted that investment-related crimes are on the rise due to countless projects in the crypto, NFT, and metaverse markets. This year, US citizens lost a staggering $956 million to these types of scams, representing a 277.87% growth YoY. 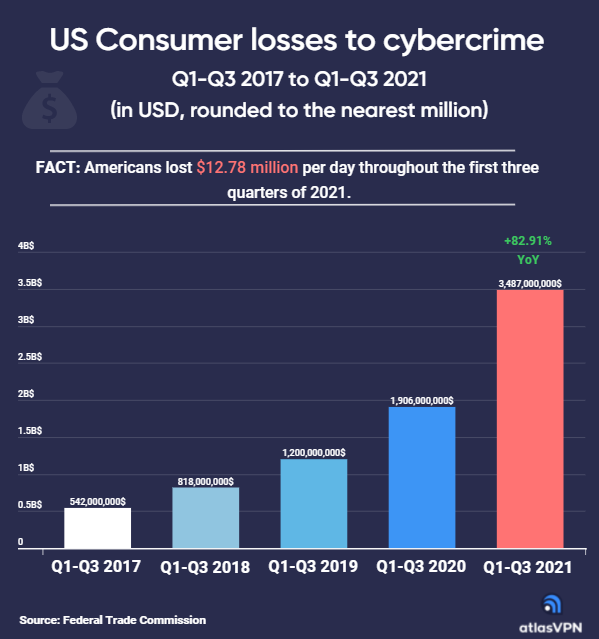