Guest Blog, Jason McComiskey: 3 innovations that are changing the future of home security 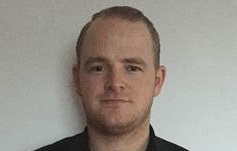 Jason McComiskey works for home security specialists Evander, and in this article he explores how improved technology and communication are changing the landscape of the home security market.

As technology continues to change the world around us, new and innovative developments are continuously enhancing our lives for the better. Communication is easier than it’s ever been, and not just between people, but between the devices that play such a big role in our daily lives. This internet of things allows for a much more hands-off approach compared to the traditional human-led services.

Home security is one of the areas where technology is developing at a fast pace. Previously, the platform would consist of additional locks and alarms requiring a manual setting in order to be effective. The alarm systems of the past often consisted of multiple devices, wiring, and physical input — now, a wireless, remote approach is possible and achievable for a large part of the population.

So what can the consumer market expect from home security technology as it enters the exciting digital age?

These systems can be linked up with motion detectors, video cameras, and door and window contacts. When the alarm is activated, a message is sent to the homeowner’s phone to alert them, and they have the choice of activating or deactivating it remotely.

The image and video sensors can be set up to automatically send a picture or short video to the recipient, so they can see what set off the alarm — allowing for a more effective response. This can also be very useful to the police as a piece of evidence should the alarm be set off by a genuine intruder.

Smart locks are being developed which can be linked to a smartphone via an app or Bluetooth. Innovators like Kwikset, Schlage, and August are producing products that can be locked and unlocked via an app, rather than through a traditional key. This provides more flexibility for dwellings with multiple residents, and is also useful when an individual may need to access the property on a one-time-only basis, with the assistance of a temporary code which will only work a set number of times.

The technology found within smart locks also allows for data collection and reporting, so consumers can monitor who has used the door and when they’ve used it. Potentially, this could be a useful tool for those who need to know whether their home is empty or not, dictating the activation of other home security devices.

Many of these new home security products greatly rely on smartphones as their main control panel, thanks to their incredible convenience and continuous proximity to the user. Being able to control almost anything via a smartphone is an extremely useful resource, particularly for those who are away from their property for much of the day, or for longer periods of time.

There are now devices available which allow consumers to control various aspects of their home remotely, enhancing their home security options. For example, being able to control lights via a smartphone is very useful in the dark winter months, enabling homeowners to turn lighting on and off to make it look as though there is someone at home. Similarly, individual power outlets can be linked up so that any device, whether it’s a lamp or a coffee maker, can be switched on or off remotely.

In the future, we expect this technology to become even more interconnected and convenient, with biometrics, such as fingerprint and retina scanning, locking systems, and clever reporting, which will allow devices to streamline and personalise the service they provide.