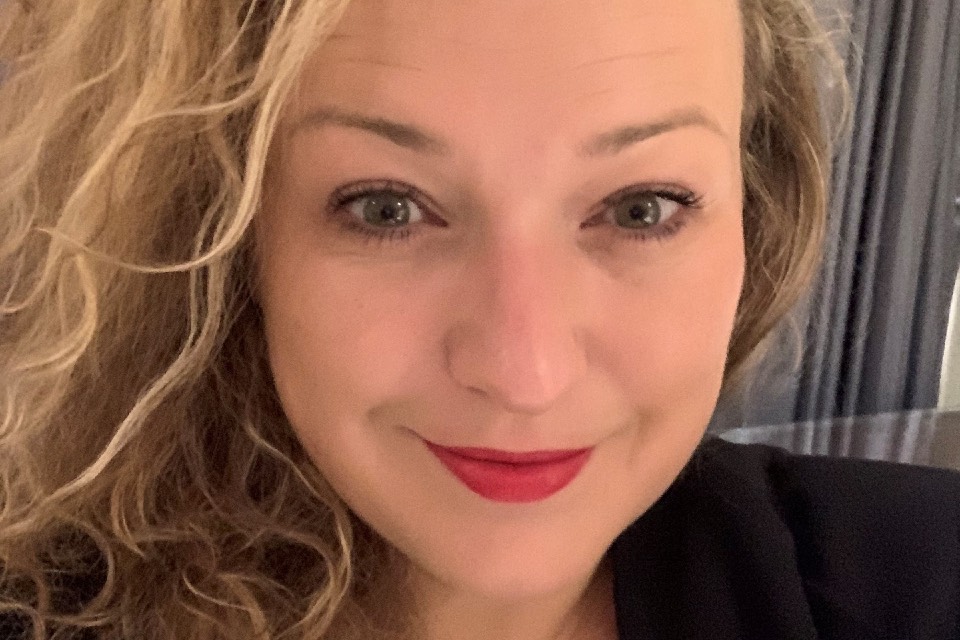 In this Q&A, Celine Gajnik, Head of International Marketing at ThreatQuotient, talks us through her career progression, how she landed a career in marketing and what excites her about cybersecurity. Celine has an impressive track record that includes Security Demand Marketing Manager EMEAR at Cisco; here she reveals that her drive and passion is centered around the limitless possibilities that cybersecurity has to offer…

Tell us about yourself and your background?

Surprisingly to many I didn’t start out in Marketing and after my bachelor degree I started studying Law at university in France, but it was not for me. So, my background isn’t in marketing and it’s certainly not in engineering or security. In fact when I landed my first role in marketing, I was actually 22 years old and working in a sports shop. I heard about a job advertised for a distributor in the cybersecurity market in France which was looking for a sales coordinator, who could speak English and manage SES and administration. At the time, it was not easy to find junior people who do speak other languages correctly and seeing as I spoke both English and German I decided to apply. I was a little nervous about applying as I had no security experience, but the director of the VAD said, “I can teach you about security but I can’t teach you the English language”. After spending a few years with that distributor, they opened a marketing department and offered me the role of marketing assistant and the rest is history.

How did you land a career in marketing security and what led you to ThreatQuotient?

As I said, when I was working for the distributor they opened a marketing department and, although I didn’t have experience in that field, they believed I had the attributes that would make me a good marketer. So that is where my career in marketing began. My path then crossed with Cyrille Badeau, who is our VP for Europe at ThreatQuotient. In his previous work life he launched Sourcefire’s French office in 2006. He offered me a role as a sales and marketing coordinator for southern Europe in 2010. Cyrille then moved to ThreatQuotient in 2016, and 1 year later I quickly followed him and others from Sourcefire who moved to ThreatQuotient. It’s important for me to follow a team and follow projects so that is why I was so happy to follow Cyrille to ThreatQuotient, and I’ve been here ever since.

Do you think that your background, which isn’t your typical marketing background, helps you to do your role?

Absolutely! I like to think that I have a logical approach to marketing as opposed to a schooled approach. This means that I tend to look at things more holistically from a business perspective and think about the needs of all departments, instead of just thinking about what the marketing function needs. So it follows my ethos of adopting a team/group approach. I do believe that even if you haven’t got a marketing degree, if you work hard and have the right support you can be successful at it. The ability to understand the operational role and have the creativity to adapt yourself to the specific needs of your region and/or market is key.

We know there are no typical days in security, but can you tell us about what a day entails in the ThreatQuotient business for you?

I usually start by looking at the marketing events or activities we have forecast for the next week or two. I then determine what actions need to be taken by the marketing and sales teams so that I can ensure everyone is kept in the loop. Then the day will usually be a mixture of reviewing global PR coverage and having meetings with key internal stakeholders and external partners to ensure everyone has the same visibility of what the marketing team will be doing. Whilst doing this I am always thinking about ways in which we want to address the global market and ensuring that every external communication is on message.

Who is your role model in Marketing and have you had a mentor throughout your career?

My previous boss at Cisco and Sourcefire, James McNab, is someone that has been a great mentor, having been instrumental in giving me the chance to take my career to the next level. Cyrille Badeau has also been very important for my career and still is. Cyrille is always the one I call whenever I have doubts about whether or not I am doing things right, or whenever I have a question about my career direction. so I would say they have been the two key mentors for me up to this point.

I think it does highlight that unfortunately today you still have more males at the executives and senior leadership level than females. Even to this point of my career I have never had a woman as a manager.

What excites you most about security and do you see yourself continuing to work in the security industry in the future?

When people ask me what I do for a living I never say I work in marketing, I always say I work in cybersecurity. When I first got into the industry at 22 I had no idea whether I would like it or not, or even if I would be any good in this industry. But I took a chance and now I really love cybersecurity. I find cybersecurity interesting and love that we are making a real impact. I feel like there is no limitation when it comes to cybersecurity and when you have the opportunity to work across several countries you can see the evolution of it all.

What excites you most about your role within ThreatQuotient?

I think how dynamic it is. When I first started at ThreatQuotient we were in the start-up phase and were only in the UK and French markets from an International perspective. Then we entered the German and APAC Markets and now we are in the Middle East and have just started working in Spain. It’s fantastic to have been on that journey with the company and have the feeling that you helped to build things from scratch.

In honour of Women’s History Month, what advice would you give to other women trying to get into a similar role within the security space?

Young Celine was crazy enough to start this role without having any idea of what it actually entailed. So that’s what I would say, do not think “technology- no that will be too tough and male-dominated”. You shouldn’t put barriers on your career due to fear and you should embrace the unknown.

Many people think the industry is full of geeks and there is no place for women, but that’s all wrong. You can have your place in different roles, you don’t have to be a developer or a threat intelligence analyst if that is not your goal, you can be part of this industry doing what you like to do and in 15 years I have never felt that I have been judged for being a woman in this space.