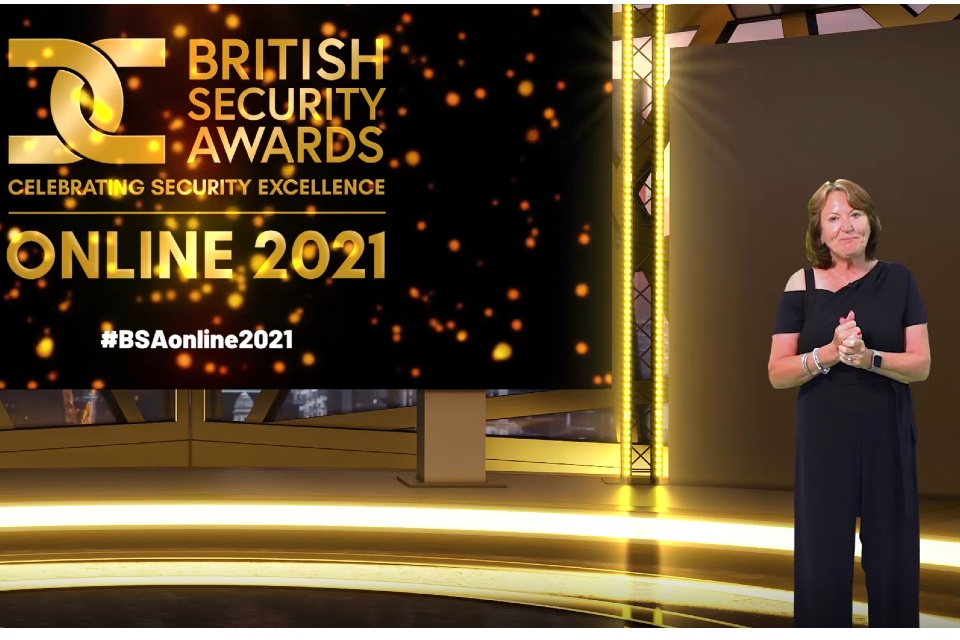 Held online for a second year due to continued COVID-19 restrictions, the show also featured the Chairman’s Award, dedicated to Skills for Security Chairman and long-time BSIA associate Tony Allen, who sadly died at the beginning of the month.

The awards also featured presentations from West Midlands and Greater Manchester Police as part of the Association’s SaferCash initiative, announcing the bravery awards for the Cash & Valuables in Transit members and its inaugural Police Partnership Initiative Award.

Installer of the Year: nmcn

SME of the Year: Corsight AI

Details of the achievements of the winners and finalists can be found on the British Security Awards website at www.britishsecurityawards.co.uk/winners-2021

Mike Reddington, Chief Executive, BSIA, said: “Once again in 2021, the security industry has demonstrated its commitment to keeping people, property and places safe by presenting us with some fantastic examples of the immense wealth of talent, innovation and best practice on display in both our membership and the wider industry.

“The scale of achievement in 2021 is remarkable, and today we were able to recognise these forward-thinking and professional self-starters who represent our industry on a day-to-day basis. Congratulations to every one of you on your success today.”

In announcing the Chairman’s Award, Simon Banks, Chairman, BSIA, said: “As we were putting the show together at the beginning of June, we received the very sad news that one of the Association’s most ardent supporters and industry leaders for over 40 years, Tony Allen had passed away after a long battle with Leukaemia. Most recently Tony held the post of Chairman of Skills for Security, playing a crucial role in steering the company out of the poor financial position, and relentlessly driving quality improvements to course content and delivery.

“In fitting tribute, the 2021 Chairman’s Award posthumously goes to Tony and to his family as the Association’s – and my own personal – thank you, for his invaluable contribution to an industry he clearly loved.”

The full event can be viewed on the BSIA’s YouTube page, www.youtube.co.uk/user/theBSIA