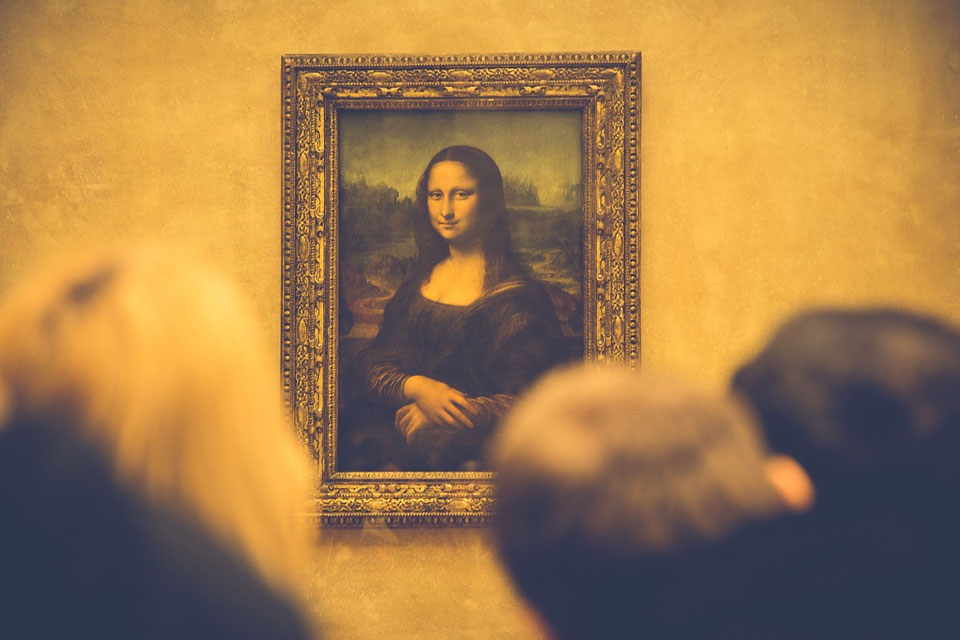 There are some godly treasures that we tour the world to see, and all require the highest standards of protection. As heist movies make their way back into our cinemas — recently with the Ocean’s reboot (Ocean’s 8) and an epic sting scene in Marvel’s Black Panther, you’re probably wondering how we actually protect these types of assets and keep those scenarios fictional.

With the help of 2020 Vision, who have been protecting us from all sorts of crime for over 25 years — we take a look at the world’s most protected artefacts, the security measures that are in place and how these prevent any sort of criminal activity.

Protecting The Crown Jewels of the United Kingdom

There are many assets that are part of the Crown Jewels collections in the United Kingdom. With 23,578 delicate stones and over 140 objects, putting an exact price on the jewels has been difficult but estimates have been made stating that they are worth over £3bn. As well as this, it has also proven impossible to insure them because of their immense value.

As a result, they’re hidden away in the Tower of London for the upmost protection. Believe it or not, the crown jewels are protected by bombproof glass and although the tower is open to the public, they’re watched by more than 100 hidden CCTV cameras.

Assigned by the Ministry of Defense, the Tower of London has 22 Tower Guards! Additionally, these guards are accompanied by 38 Yeomen Warders, who are ex-military personnel who manage the large numbers of visitors. The Yeomen are permanently present and live in the tower itself.

The jewels are released on occasions though, where the Lord Chamberlain collects them on behalf of the sovereign for State Openings and Coronations. However, when this type of activity occurs, armed police officers must be present.

Most people believe that all countries have significant security procedures in place to protect their Crown Jewels, but this was a different story in Sweden. In August 2018, two crowns and a royal orb which belonged to King Charles IX of Sweden and his wife Christina of Holstein-Gottorp were stolen in what looked like an amateur heist.

The gems were originally created as funeral pieces and were buried in the tomb with them but were later unearthed. Although the theft was premediated, it was extremely insufficient. Two men walked into the cathedral around midday and smashed the glass where the contents were held — causing alarms to go off around the building.

The robbers fled from the scene by bikes, followed by a motorboat. However, one of the thieves was soon tracked down because of blood left at the crime scene and the jewels were partly recovered.

These items would have been very difficult to sell, as Sweden’s authorities were on the hunt to prosecute anyone with involvement. As well as this, they’re extremely valuable and the thieves would have to find the right buyers. The jewels are made from the noblest metals and the gold value is worth around £43,000.

Did you know that Sweden has had jewels stolen once before? In 2012, a 19-year-old refugee claimed to be a friend of a member of the royal family and stole £73,700 worth of jewels — but sold them only for£730 to drug dealers for marijuana. As well as this, the thief also reportedly stole a £30,350 tiara and threw it off a bridge.

Although the stolen crown jewels from the cathedral were on public display, they weren’t properly protected, and the thieves should have been detected as they walked in. With artefacts of immense value situated in the building, the cathedral should be looking at installing walkthrough security door frames and regular visitor searches. In terms of the theft in 2012, people with the right credentials should only be able to enter certain areas of the palace.

It’s believed that the Mona Lisa was crafted between 1503 and 1517 by Leonardo da Vinci, who is one of the world’s most renowned artists. In fact, the piece itself is the most known, most visited and most written about in modern times.

Although the painting wasn’t originally made for King Francis I, it entered the Royal Collection in 1518 — one year after its completion. After the French Revolution, the painting was moved to the Louvre; what was thought to be a safe-haven for the piece — but it wasn’t.

Did you know that the piece was stolen in 1911? However, it took a few hours to realise so. French painter, Louis Béroud visited The Louvre and found that the painting was missing — he asked the guards about its whereabouts and they weren’t entirely sure and assumed that it was being photographed for museum advertisements. Béroud returned a few hours later and the painting had not been returned; it had been stolen.

As no one was prepared for this major event in history, the museum closed its doors for one week while inquiries took place. There were many now famous-faces on the suspect list for the theft of this masterpiece, including Guillaume Apollinaire and Pablo Picasso; but they were both cleared of all charges.

The painting was discovered two years later, where a thief named Vicenzo Peruggia was trying to sell it to another museum in Italy. It’s often described as one of the greatest thefts in the 20thcentury, as Peruggia stole the piece during working hours, hid in a broom closet and waited until after hours to walk out of the museum with the painting positioned under his coat. However, the thief was only jailed for six months as it was defined as an act of patriotism for Italy. The painting returned to its home in Paris.

Because of recent vandal attempts, the painting sits behind bulletproof glass. The glass is reportedly almost two centimetres thick and the painting is held in a special sealed box that protects it from vibrations and humidity. Public visitors are separated from the piece by a queue barrier, but that is only one aspect of the state-of-the-art security systems that the Louvre has put in place.