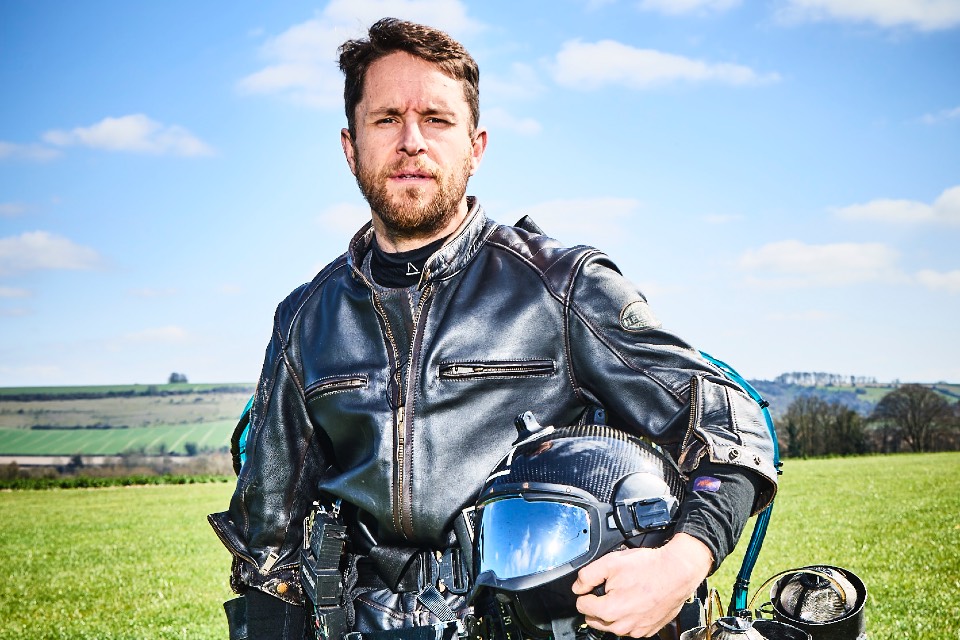 The Defence Science and Technology Laboratory (Dstl) has hosted an event to encourage free thinking by showcasing new science and technology that could help fight crime and terrorism.

Among the science displayed to senior officials from the National Police Chiefs’ Council and the Home Office was Gravity, a human jet suit system.

The pilot swooped in, then presented a fictitious scenario, flying rapidly through the air and tracking down a would-be assailant.

Hewitt chairs the National Police Chief Council and coordinates the operational response across the police service to the threats the UK faces, including terrorism, organised crime and national emergencies. He said:

“Seeing a human flying is really impressive. To see something that feels like you’re watching science fiction took all those watching by surprise.

“It is clear the Gravity system has lots of potential and we are fascinated to see how it will develop and if there are any possible uses in a policing environment in years to come.”

Richard Browning (pictured, above), the founder and test pilot of Gravity, said: “It’s always the same reaction – almost disbelief that you could see a human being moving in that way when your only real reference point is probably a Marvel superhero film.

“However, the application of Gravity is endless, to be able to move specialist personnel in an urban environment very quickly in a three dimensional space, be it onto a rooftop, over a river or difficult terrain to potentially contain a roving threat is really powerful.”

Following the recent Integrated Review (IR) and the release of the MODScience and Technology (S&T) strategy, there has been huge investment for science and technology for defence. There is similar investment for policing, the government says.

Hewitt added: “The science and technology has so much cross-application with Defence and Homeland Security. Being here at Dstl is a real opportunity to look at what’s being developed and identify where that could be used in the policing world.

“Having our own requirements placed into the same environment where the science has been pushed as far as it can be pushed, really does present some important and exciting opportunities.”

The group were also able to witness the latest research in knife crime, where scientists are working on knife detection systems that could mean fewer body searches and better protection for police officers and the public.

Dstl’s Head, Counter-Terrorism and Security, said: “Dstl is all about the future, and it is important we explore what others are doing to develop novel systems. It is with great pride that we were able to show some of the incredible science being developed to protect UK citizens to senior policing officials.”