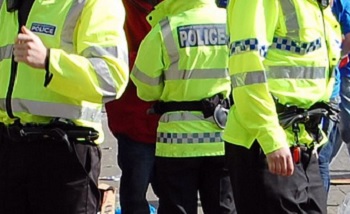 Moves to substitute volunteers for fully trained police officers are “ill-thought out” and will make serving the public harder for the police, according to comments from a police body.

The Home Office plans to reform the powers and roles of police staff and volunteers — or special constables as they’re known. The Policing and Crime Bill will, for the first time, a give volunteers powers without becoming special constables and will also set out the core list of powers only available to a police constable.

Steve White, chairman of the Police Federation of England and Wales, said: “We and our members understand the need for further police reform. However, the British public deserves and expects a properly resourced, professional and fully accountable police service to keep them safe in these dangerous times. We have seen no convincing arguments on the need to provide powers above or beyond those that already exist to police staff and volunteers.”

Home Secretary Theresa May retorted: “Police officers across the country carry out a wide range of duties, keeping the public safe and ensuring justice for the most vulnerable members of society. We value the essential role they play, but they cannot do this on their own. We want to help forces to create a more flexible workforce, bring in new skills and free up officers’ time to focus on the jobs only they can carry out.”

All stories by: mattd